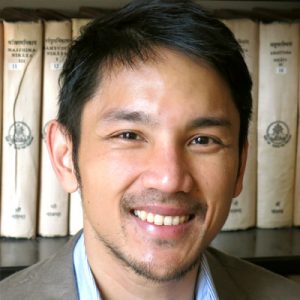 Professor Claudio will provide a historical research perspective about the People Power Revolution in the Philippines that ousted Ferdinand Marcos. Presentation topics include how the People Power Revolution was dominated and influenced by the Catholic Church, political elites, United States involvement and the political context of Marcos, along with his dictatorship ties into past and present U.S. political events.

This is the second event in a two-part series on Philippine history. The first event, “Colonialism and Meta-Narratives in the Philippines — Decolonizing History through Community Archaeology Among the Ifugao,” was hosted by the Native American, Indigenous and Pacific Islander Staff Association (NAIPISA) last Wednesday, May 5.

Lisandro E. Claudio, Ph.D., is an assistant professor in the Department of South and Southeast Asian Studies at UC Berkeley. He is an intellectual and cultural historian of the Philippines, with a broad interest in the history of global liberal thought. His book, “Liberalism and the Postcolony: Thinking the State in Twentieth-Century Philippines” (NUS, Kyoto and Ateneo de Manila Press), received the 2019 George McT. Kahin Prize from the Association of Asian Studies and the 2019 European Association for Southeast Asian Studies Humanities Book Prize. He is also the author of “Jose Rizal: Liberalism and the Paradox of Coloniality” (Palgrave), which examines how turn-of-the-century liberalism informed the birth of Filipino literature and nationalism.

Prior to his appointment at Berkeley, Dr. Claudio taught at Ateneo de Manila University and De La Salle University, and was a post-doctoral fellow at Kyoto University’s Center for Southeast Asian Studies.

For questions about this event, contact Ruchi Aggarwal, Shirley Bittlingmeier or Benjamin Tsai.