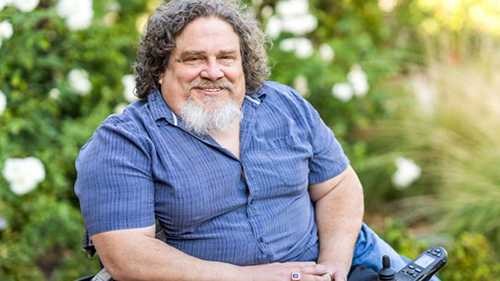 On May 26, from 2-3 p.m., the Office of Ethics, Compliance and Audit Services (ECAS) will host Jim LeBrecht as the next guest in its Diversity Speaker Series.

Jim, a UC San Diego alumnus, co-directed and co-produced, with Nicole Newnham, the 2021 Oscar-nominated feature-length documentary, “Crip Camp,” about a summer camp for disabled teens. The film focuses on a group of campers who turned themselves into activists for the disability rights movement and follows their fight for accessibility legislation in the 1970s. Crip Camp received the 2020 Sundance Film Festival Audience Award for feature-length documentary.

Jim has over 40 years of experience as a film and theater sound designer and mixer, filmmaker, author and disability rights activist. Jim’s work as an activist began in high school and continued at UC San Diego, where he helped found the Disabled Students Union. Jim is currently a board member at the Disability Rights Education and Defense Fund, which advocates for the rights of disabled people through education, legislation and litigation.