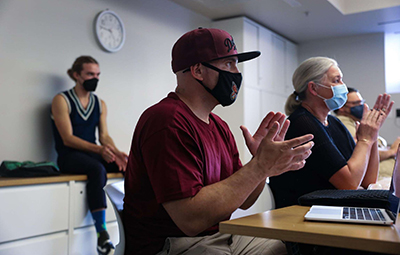 If you’d like to hear some positive news to start the new year, consider reading “From solitary confinement to UC Berkeley: A story of redemption,” by Nanette Asimov in the San Francisco Chronicle.

Asimov shares the story of Kevin McCarthy, a former inmate at the maximum-security prison Pelican Bay who went on to become UC Berkeley’s first-ever student to be admitted while incarcerated.

Today, he volunteers in the campus’ Underground Scholars program, which helps current prisoners enroll at UC Berkeley. He also works with Legal Services for Prisoners with Children and recently wrote a UCLA Law Review article that challenged prison policies that he argues lead to violence.