UCOP colleagues will share insights into their careers at UC

On April 19, four long-tenured UCOP colleagues will share how they’ve navigated their UC careers — including balancing work and family life — and how they’ve used the lessons learned through their experiences to help colleagues find work-life balance and succeed. This special event, co-presented by OPSA and UCOP Learning and Development, seeks to inform and inspire staff on navigating and succeeding in their careers. 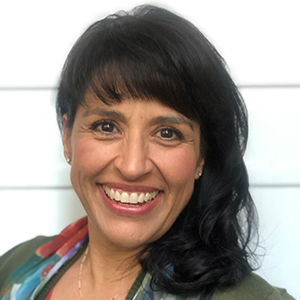 Trish Dolan is the Regents coordinator for the CFO division. Since 1997, she has managed the Regents process for design, construction and finance at UCOP. She is the single point of contact for the division to provide campuses and OP staff with the information they need to successfully deliver capital requests and participate in Regents meetings. Trish received her bachelor’s degree from UC Berkeley in anthropology with an emphasis in California archaeology. In 1990, a long-time UC employee and friend recommended she apply for a role at UC Berkeley. Trish worked there as an undergraduate and then graduate advisor. She joined UCOP in 1996 as a TOPS employee in the 403(b) Loan Office. In 1997, she joined the staff of Financial Management, where she supported the vice president and director until moving on to Capital Asset Strategies (formerly Budget & Capital Resources), in 2001. Trish is currently chair of the OPSA Steering Committee and a member of the President’s Advisory Council on the Status of Women (PACSW), where she serves on several subcommittees (Health and Wellness, Meet at the Table, and Affinity Group). 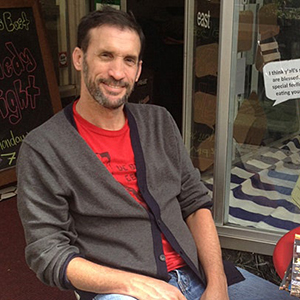 Darin Jensen has been affiliated with UC, as a student, faculty or staff member, since 1997. He transferred to UC Berkeley from a California community college. At Berkeley, he earned a bachelor’s degree in geography, after which he became the staff cartographer and a continuing lecturer of cartography. Darin earned a master of fine arts degree in non-fiction creative writing from Mills College in 2015, the same year he transitioned to UCOP’s Institutional Research and Academic Planning (IRAP) division. Today, Darin works as a data visualization analyst, managing IRAP’s web platforms and the UC Accountability Report. He has served on several UCOP workgroups and committees, including Take Your Daughters and Sons to Work Day, the Multicultural Day committee, the UC GIS Emergency Management subcommittee and the UCOP IT Accessibility workgroup. Darin founded and leads Guerrilla Cartography, a nonprofit cartographic arts collective and publisher. He lives in Oakland with his three school-age kids. They all love spending time in the ocean. 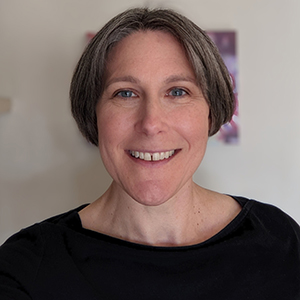 Heather Kopeck is director of development policy and advancement relations in Institutional Advancement for the UC system. In this role, she aids campuses in increasing philanthropic support by directing and advising on policy and endowment matters. Heather joined UCOP in 2008. She served in the Office of Ethics, Compliance and Audit Services for one year before joining the Issues Management, Policy Analysis and Coordination (IMPAC) department, now known as the Office of Legislative Analysis. In this role, she led the analysis of legislative issues affecting UC and advised executive leadership of appropriate policy positions to communicate to the state and federal legislatures. She served as a director in IMPAC for several years before joining Institutional Advancement in her current role in 2015.  Prior to UC, Heather was a senior auditor for the California State Auditor. There she managed teams that conducted performance reviews of state and local governmental agencies and delivered policy recommendations to agency management and the legislature to improve program operations. Heather is a board member at several organizations affiliated with UC, including the University of California Foundation Limited (Hong Kong) and the University of California Trust (United Kingdom). She received her bachelor’s degree from UC Davis and a master’s degree in public policy from the UCLA Luskin School of Public Affairs. 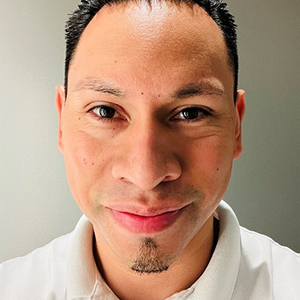 Edwin Martinez is a technical asset analyst for the ITCS Department and has been in the IT field since 2018. Prior to launching his career in IT, he was employed by the UC Berkeley Police Department. Beginning in 2010, he worked as part of UCOP’s security team in the 1111 Franklin building in Oakland. Edwin is passionate about computing devices, electronics and components, and considers himself a geek at heart. In his current role, he procures and manages all computing endpoints (laptop and desktop computer systems) for UCOP, where he has more than 2,000 clients, and provides IT equipment for various UC and UCOP locations, including the State Governmental Relations office in Sacramento, UCDC and parts of UCPath Center in Riverside.