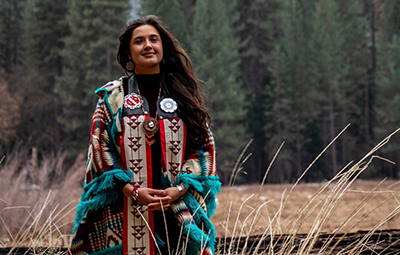 Irene Vasquez, a UC Santa Cruz alumna, is working to restore Native American health, spirit, practices and medicine in her homeland of Yosemite.

She has worked towards her current position as Yosemite’s first cultural ecologist since she was a child. Growing up in the Southern Sierra Miwuk Nation, Vasquez recalls many traditions passed onto her by her elders that she would go on to share at the Indian Cultural Museum in Yosemite.

Read the full story from the UC Newsroom