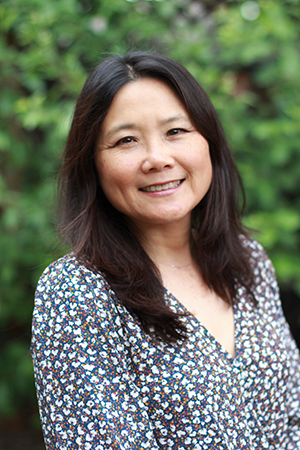 On May 1, Dr. June Yu was appointed as associate vice president for the University of California National Laboratories (UCNL). In this role, she will serve as deputy to UCNL Vice President Craig Leasure, participating in and supervising all of the activities of UCNL, including interactions with UCOP, UC campuses, national labs, LLC partners, the Department of Energy (DOE) and the National Nuclear Security Administration.

June’s relationship with UC and the DOE national laboratories began in 1990, when she was a summer student at LLNL. During her career at LLNL, she led research efforts in collaboration with scientific discipline organizations, including conducting cutting-edge applied research, responding to urgent national security needs and more. She partnered with the DOE, Department of Defense, intelligence community and related organizations, as well as academic institutions and other national laboratories. She received numerous awards for outstanding performance.

“June contributes substantially to the development of strategic opportunities aimed at enhancing the partnership between the UC campuses and the national labs,” says Craig. “Please join me in welcoming her as the new associate vice president for the UCNL team.”