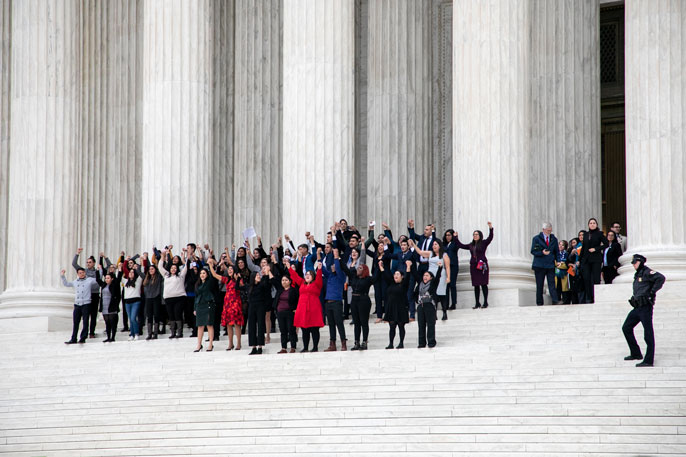 UC was the first university in the country to file suit to block the Trump administration from moving forward with its plan in 2017 to abruptly end DACA for the roughly 650,000 young people who currently benefit from its protections to go to school, hold jobs and build their lives.

Among them are approximately 27,000 front line health care workers who would have lost their ability to provide critical services during the pandemic if the Supreme Court had ruled against UC and other plaintiffs in its case.

This week, in a 5-4 opinion, the court ruled that the Trump administration had failed to follow the proper procedural rules before ending the program, nor did it provide sufficient justification for ending a program that would have such far-reaching impacts on the people who had relied on it.

Relief and joy have abounded as DACA recipients and allies in the UC community react to the Supreme Court victory.

Read their story at the UC Newsroom