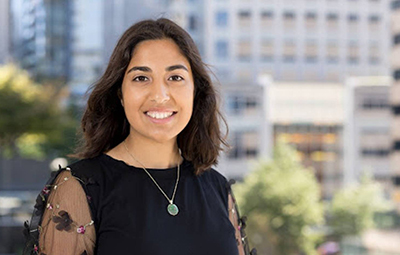 Mansi Saini, a rising second-year UC Santa Cruz computer science student specializing in computer game design, has been designated as one of the Top 50 hackers of 2022 by Major League Hacking (MLH).

Each year, MLH, the official student hackathon league and the largest, global early-career developer community, selects 50 recipients from a pool of over 150,000 active community members worldwide for their exceptional contributions to the tech ecosystem and STEM education. Saini was recognized for her commitment to supporting new hackers through various leadership and mentorship roles she’s held.

“It’s amazing to have such a strong engineering community here at UC Santa Cruz. I used to be so intimidated being one of the few technology girls in the room,” Saini said. “But that fear has gone away at Baskin. Everyone is so friendly and always willing to help you succeed.”

Read the full story from the UC Newsroom